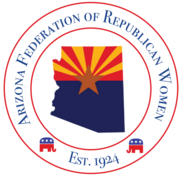 In 1950, Arizona hosted the first National Federation of Republican Women Advisory Board Meeting. And in 1985 and 2015, the NFRW Biennial Convention was held in Phoenix and Scottsdale, respectively. 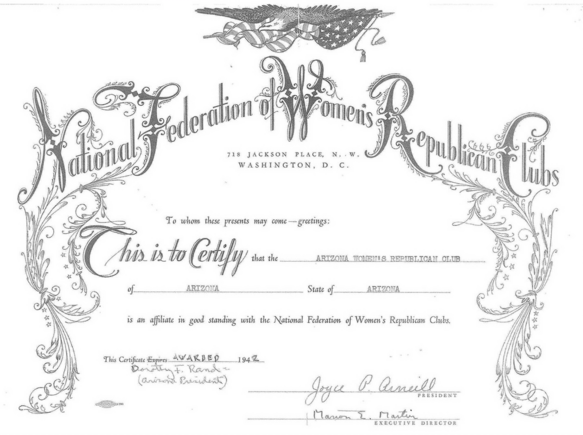 ​That same year, Mrs. Alexander called on Republican Women from across the state to a meeting in Phoenix to form a statewide organization. As a result the Arizona Women’s Republican Club was formed with Mrs. Alexander serving as the first President.  ​