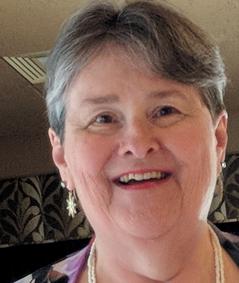 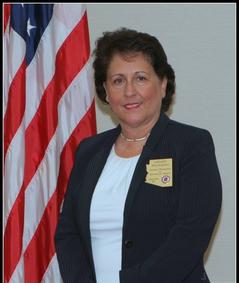 ​Donna Stawicki initially moved to Mesa with her family in March 1980. Her sons attended Crismon Elementary, Rhodes Junior High and graduated from Dobson High School. Before moving to AZ she was involved in Young Republicans and other political activities in Harford County Maryland. After moving to Phoenix in 1991, Donna became active as a Precinct Committeeman and served as the Legislative District secretary. In 2001 she joined Cactus Wren Republican Women where she served as 1st Vice President, Chaplin, and Americanism Chairman. Donna continued in this club as it merged with Phoenix RW and became Central Phoenix RW.

Donna worked in several agencies of the State of Arizona and in multiple positions from Account Tech to ending her almost 25 years of service as the Assistant Director of Operations for the AZ Early Childhood Education and Health Board also known as First Things First. After retirement in 2009 she moved to Sun City and joined Arrowhead RW in 2012. Donna was elected ARW’s Treasurer in 2018. A proud mom, Donna’s oldest son is a stand-up comedian and lives in Sydney, Australia with his wife, son, and twin daughters. Her second son is a member of the Uniformed Secret Service, and lives in Virginia with his wife. Donna’s youngest are twin boys. Todd and his family live in Phoenix, and Dale and his wife live in South Lake Tahoe, CA. In November 2019 her grandson Cody was inducted into the Army and will leave after graduation in June for Fort Leonard Wood, Missouri for basic training. She resides in Sun City with her husband Bob, who is an Associate member of ARW. 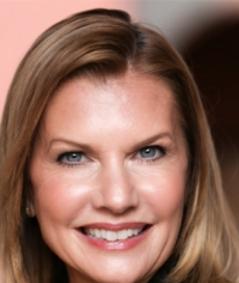 Allison is a retired Cytotechnolgist with 37 years of laboratory experience.

Arlene has been involved in the real estate industry for 40 years with her husband.  Arlene spent several years as a Barbie doll makeover artist and was featured in a Doll Makeover publication of noted international doll artists around the world.  For the past 10 years she has had her own business fabricating knitwear, Arlene’s Boutique. Arlene is currently in the 2020 Dodie Londen Excellence in Public Series. Arlene resides in Peoria with her husband Neal of 48 years and has 2 children and 4 grandchildren. 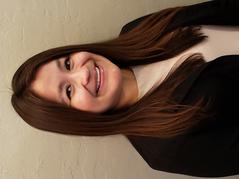 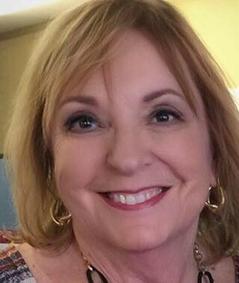 Cindy earned a B.S. in Accountancy from Arizona State University’s W.P. Carey School of Business and is a graduate of the Dodie Londen Excellence in Public Service Series, an elite program for Republican Women. She is the Chief Financial Officer for the Arizona Registrar of Contractors and resides in Ahwatukee with her husband David and daughter Adeline.

​Nancy Cottle has been active in Arizona politics for the past decade. Nancy has served the East Valley Clubs for two terms as Region Director on the AZFRW Board.  She is a member of Mesa Republican Women and was 1st Vice Chair in charge of Programs the past 4 years. This experience lays a solid foundation upon which to develop great programs for the federation.  Prior she held the office of club Treasurer.

​She is serving the second year of a two-year term on the Maricopa County Republican Committee (MCRC) as Second Vice Chairman with primary responsibilities as the MCRC liaison with the Republican Clubs in the county. As such, she holds a seat on the AZGOP Executive Committee. She has also held county appointed positions, served prior as AZGOP Executive Committee Member-At-Large representing CD 5, and led a transition team early in 2019 for the AZGOP on voter outreach.  She is a Precinct Captain in LD25 and Third Vice Chairman on the District Executive Committee.  Additionally, she was named 2016 Precinct Committeeman of the Year from her district.  A 2016 graduate of the Dodie Londen Excellence in Public Service program, Nancy also holds an M.A. in Organizational Management from University of Phoenix and a B.S. in Education from Kent State University.  She is a retired executive from The Boeing Company. She enjoys working on campaigns and with candidates.

She has thoroughly enjoyed her time spent as a member of the federation and especially values the programs and the wonderful friendships that have been made over the years.  Nancy and her husband reside in the east valley and, in addition to being political activists, enjoy time spent at their lake home in Tonto Basin. 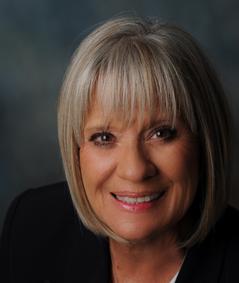 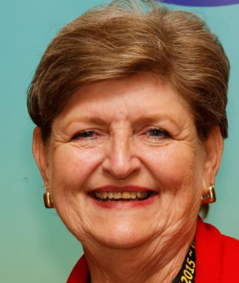 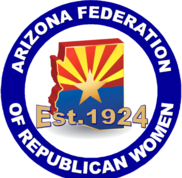 ​Loraine Pellegrino has been involved in Arizona politics spanning two decades. Her affiliation with the Arizona Federation of Republican Women (AzFRW) began as a founding member of the Ahwatukee Republican Women's Club in Phoenix. Since the Ahwatukee Republican Women's charter in 2005, Loraine has served on the ARW executive committee in a variety of offices including four years as President. On the district level, Loraine is both an elected Precinct and State Committeeman. She has served in these positions for the past 15 years and is honored to have been awarded the "Most Valuable Precinct Committeeman" in 2010 and 2015 by the AZGOP. In May of 2019, Loraine was awarded the prestigious Lincoln Lifetime Achievement Award by the Maricopa County Republican Committee.

Highlights of Loraine's political career include being elected as a delegate to the RNC Convention in 2012, 2016 and 2020. Recruiting Republican women to run for office has always been a personal goal which was realized in 2014, 2016 and 2018 when Loraine served as the Campaign Manager for State Representative Jill Norgaard. In addition to serving two terms as President of the Arizona Federation of Republican Women, Loraine has served 3 terms on the AZGOP Executive Committee as an elected member at large for CD9. Loraine currently serves on the Board of Directors for the National Federation of Republican Women as a member of the Public Relations Committee.

Born and raised in Connecticut, Loraine has a Bachelor of Science in Media Studies from Sacred Heart University. Following graduation, she pursued a career in the travel industry. During this time she met her husband Ed, whose career with Honeywell International afforded them the opportunity to live abroad in Germany. Phoenix, Arizona has been their home for the past 25 years. They have been married 37 years and have one son.

​Kathleen Winn moved to Arizona to attend the University of Arizona in 1976 once 18 she registered to vote Republican.  Kathleen earned her BA in Radio/television. Kathleen started her career in Television and moved to real estate and lending for close to 30 years. She served as the Arizona Attorney General's Community Outreach Director from 2011-2015. Kathleen was elected to the Maricopa Community College Governing Board last year for a 4 year term in the At large position. Kathleen is a state and precinct committee woman.

Kathleen currently serves as the 1st Vice President of the Mesa Republican Women, and is also a 3rd VP for Legislative District 25. most recently,
Kathleen was elected to be 2nd VP (Ways and Means) for ARIZONA Federation of Republican Women for the 2020-2021 term. Kathleen has been advocating for vulnerable people in our state her entire adult life. Kathleen currently is the Executive Director of Project 25/ VAST which does work to end sexual exploitation and sex trafficking by 2025.

Kathleen is married to Al Winn and resides in Mesa. The Winn's have 7 children and 13 grandchildren.